It’s not uncommon for the most average day in my life to end up with some pretty odd things happening, but floating silently on a lake, after dark while smelling for the scent of beavers was a pretty surreal moment – even for me! 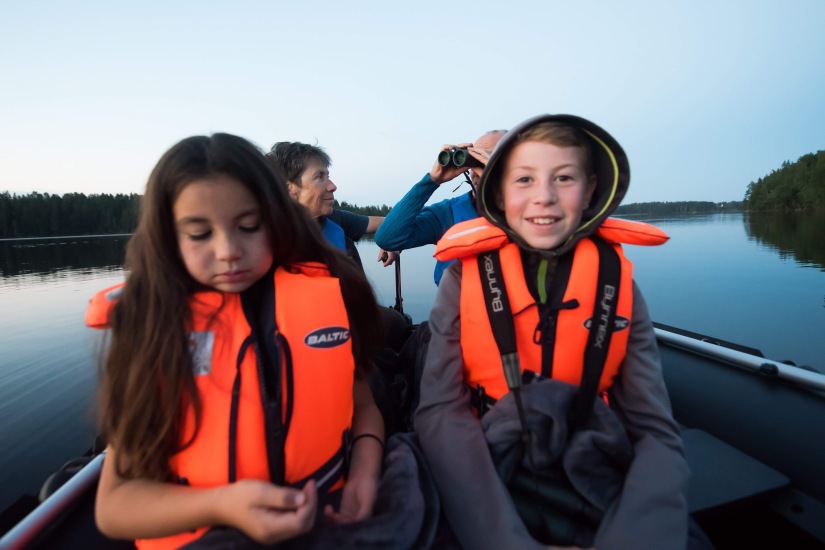 As part of our Wild Sweden ‘Wildlife Adventure’ package, we were booked into an evening ‘Beaver Safari’. The entire adventure package is recommended for children over 8, but I had checked that I could bring D (who would be almost 6) and was informed that  if I thought she would cope with the late night wildlife safaris, then it would be fine. As early sleep and Autism don’t tend to mix, I knew we shouldn’t  have a problem keeping her awake!

We were met at Kolarbyn by our guide and transported around 20 minuets away. I didn’t really know what to expect, all I knew was that we would be having some dinner and looking for beavers!

Our dinner location was really cool. We sat outside a huge barn, surrounded by traditional red and white Swedish homes, alongside a river where lots of small boats were moored. We went for a little wander and toilet stop and when we came back a furry toy beaver was sat at the table which kept the kids happy. Gathering round the table, we were told what we could expect of the evening.

First, we were each to tell  the group a little bit about ourselves. This would usually be a bit nerve wracking thinking what I could say about myself, but due to the small group size it was lovely to get to know our guide and the others we were staying with, it really helped everyone bond. Actually, on the third evening at the Moose Safari, we were asked if we were all one family as we looked like we had know each other for ages!

After this introduction , our guide talked us through lots of information and facts all about beavers. He made this great for both the adults and kids which was lovely as the kids could get really involved and learnt a lot. It was then time for dinner. We were given some delicious wraps, catering for K & A who had asked for vegetarian and I had meat. There were sausages, crackers and chocolate cookies. For drinks we could have beer, berry juice, tea, coffee and water. The beer (and all the food) was locally produced and very much appreciated! D who eats a very self restricted diet ate pieces of wrap that I ripped off of mine and cookies. I’ve had to become a lot less bothered about what she eats, especially when traveling, as long as she isn’t hungry I’ve accepted it will be fine. 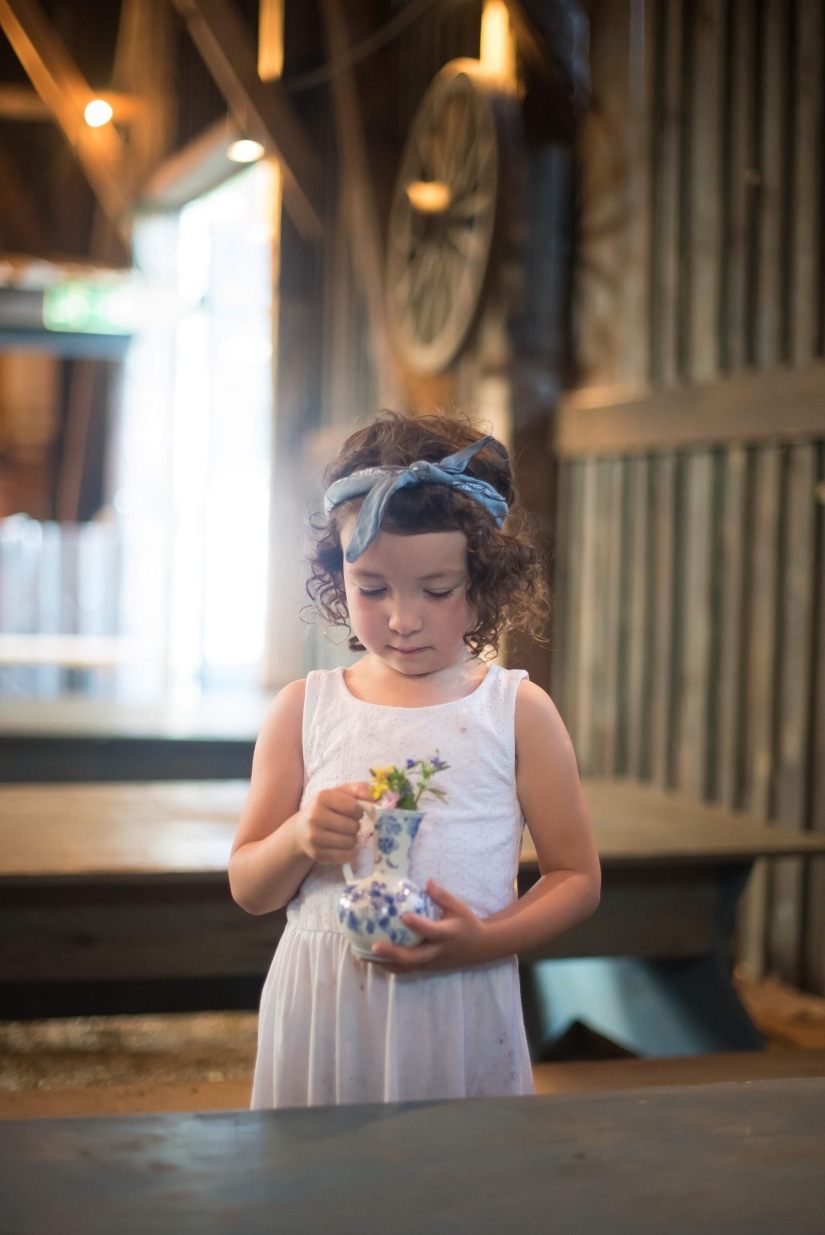 Then was time to get onto the boat. We had learnt about how we must stay silent which is obviously a challenge for any child. I had resorted to pure bribery with D. I had promised her a Moomin soft toy (the reward had to wipe the floor with my usual kinder egg bribe!) if she could remain quiet and whisper.  We had also used her love of structure and routine by repeatedly telling her ‘we get on the boat and are very, very quiet’ which seemed to work.

By now the sun was starting to set. We silently drifted down the river and using the binoculars we had each been given, we watched and waited for our first, or maybe only sighting. It wasn’t long before our very first beaver appeared.  We had learnt that when they sense danger, they splash their tails loud on the water to warn other beavers. Within seconds of watching,  it made this ‘danger splash’. It really was so loud!

Over the next 90 minuets, we silently drifted along the river and into lakes. We watched the sun set and the stunning reflections it created on the water. Just the beauty and peacefulness of the surroundings made this trip so worthwhile, let alone with everything else. Actually, it was so peacefull, all three kids fell asleep. It was a lovely touch that our guide had blankets on board so the kids snuggled up, waking occasional to see a beaver or to checkout where we were. We saw a total of  6 beavers. My favorite one was as we were heading back, it was really big and laying super still with half it’s body above the surface of the water as if to camouflage in with the twigs. We saw so many trees which had been felled by the beavers. Towards the end, when the sun had set and we were using a huge torch, an odd smell filled  the air. It was the scent of beaver. It was then, as we all inhaled deeply through our noses that this moment felt pretty surreal. Sat in a small boat, surrounded by my sleeping children, in the dark, sniffing for beavers was something I hadn’t thought would happen on the trip!

The entire evening was really amazing and seeing these creatures in their natural habitat was great. I think it made it even more special as we had just learnt so much about them. All to often we see an animal in the zoo, without learning much, if anything about them. So this was really interesting and a really fun experience for us all. 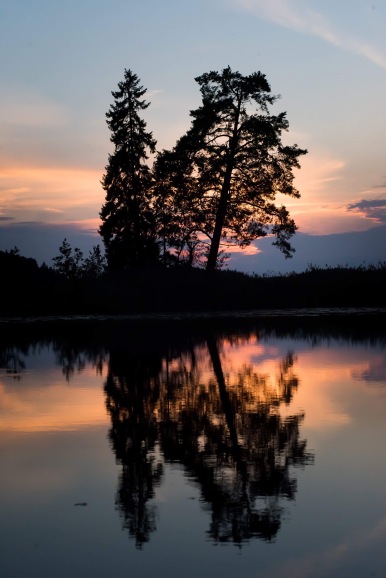 I’m mum to 4, passionate about baby loss, driven by wanderlust, feminist, lover of nature and the environment. Parenting one child taken too soon, one child with autism, bringing up my other two to have a love for this planet 🌍 ❤️🌈 View all posts by Wanderlust & Woozles